New Buy $AGU Agrium. Yeah you never heard of them!

Yes , you probably never heard of them! Agrium Inc. is a global producer of nutrients for industrial and agricultural markets.Agrium is a Canadian based company and they are a global manufacturer of crop nutrients. Their many products include nitrogen and potash. This global fertilizer play is banking on world population increased growth and less arable land to farm thus driving the demand up for fertilizers. As long as their is a global demand for food Agrium will cash in. This is a long term play as the company is still volatile due to the global potash cartels price fixing. Overall the trend looks great. Agrium has rapidly expanded their potash operations and a just opened new production facility is in full swing. They are forecasting significant future growth in 2015 due to increased production.

Investing in Agrium right now may not be wise due to volatility in fertilizer prices due to cartel price fixing and new cheaper producers coming out in emerging markets. Agrium has a worldwide market reach that could keep the competitors at bay for now. Agrium would not be for defensive dividend investors as its dividend is not have a long track record and it could sharply freeze or decrease from its rocket ship trajectory. Agrium however has great growth potential which could make it a good long term hold in the materials sector.

WHY DID I BUY?

I like the long term play of Agrium as its a bet on the worlds population increasing which is a safe bet. Also I like the current rate of dividend and its rapid growth. I feel they will take the similar approach as the (POT) Potash corporation and really award shareholders with high profit payments. This of course will make it a volatile but more than likely higher than average paying dividend.

I was light on my materials sector in my asset allocation so this also feeds into it. I am overly heavy in my American equities and I also wanted to increase my Canadian holdings. I started my position with 40 shares of Agrium on the TSX. The stock is also listed on the US markets at AGU.


WHY SHOULD YOU BUY

Well first off you shouldn't trust anyone recommending anything to you on the internet. You should do your own research and come up with your own consensus as I am no expert or grandmaster wizard.

Agrium is a good play on rising food prices and demand. Simple as that.

Agrium in the short term of a couple years is not slated to do much so prices with fluctuate. Very possible to get in at a much lower entry point at least 10-30% of share price. I will more than likely add to my position when this occurs if it does. Could take 5 years plus to see this stock really move. 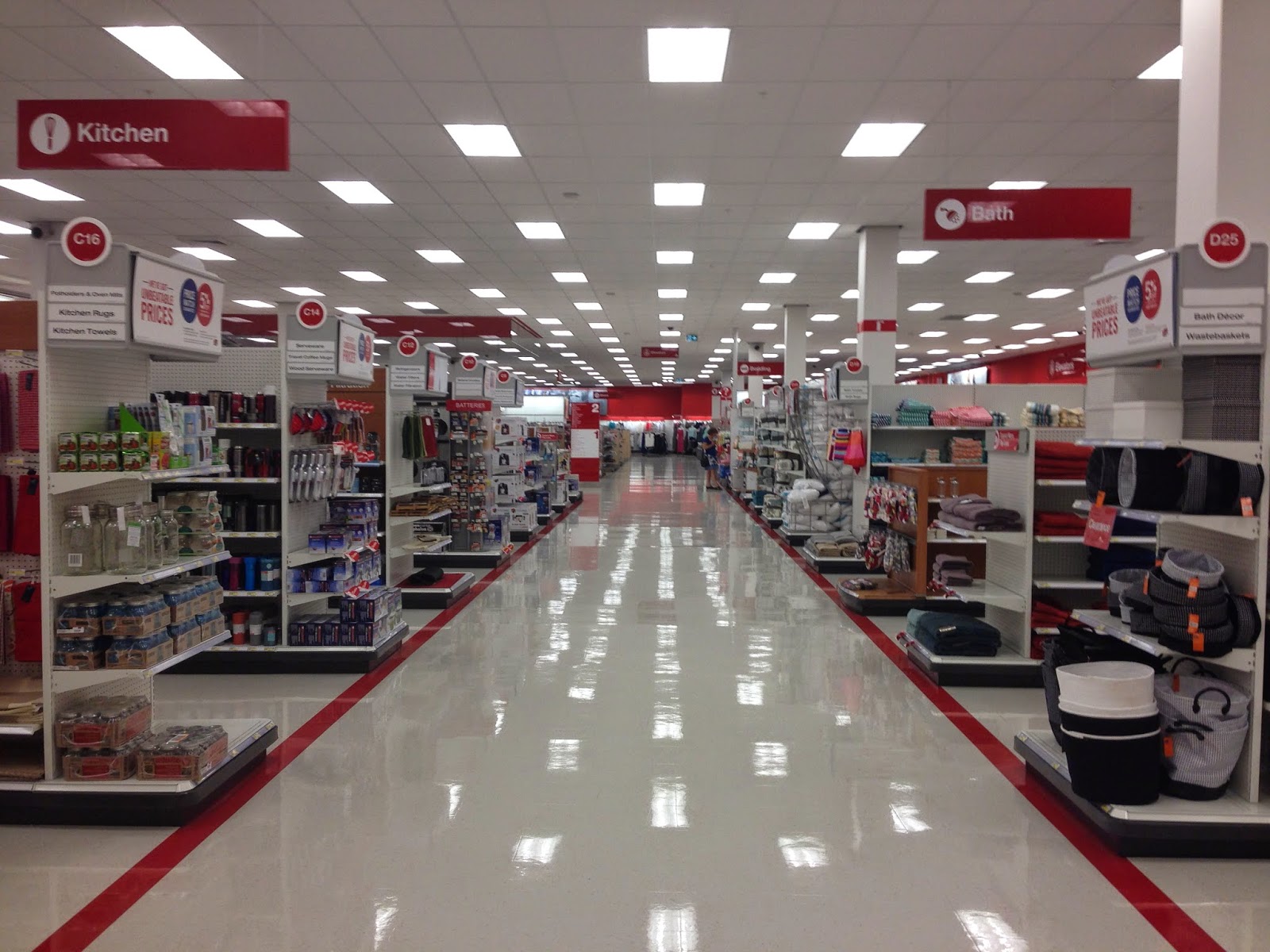 Target
Many people are buying into Target lately. I have been giving it a solid look and put it into my watchlist. The dividend increase has many investors salivating such as myself. However I am not 100% convinced in the company. The above photo is one I took yesterday at a new 2 month old Target store in Canada during the middle of the day. As you can tell its pretty empty. This is normal for Target here. The place is a barren wasteland where staff outnumbers shoppers 5 to 1. There were no more than 10-15 shoppers at the entire store during that time which is truly remarkably depressing. They had one till open in the entire store with nobody at it. I could just hear the billions of dollars being siphoned by the low hum emitting from the light fixtures.

That all said it might be the right time to get in. Share price is down but rebounding. Head of Canadian operations has been fired and new guy hired. Problems have actually been acknowledged and slowly thing are getting implemented. This upcoming fall holiday season will really make or break Target in Canada. They really have to address the bare shelves issue which still exists and more importantly they have to reduce their prices to make them somewhat comparable to the US market where prices are notably cheaper. Right now Walmart in Canada is the go to store because of their vast products and more importantly low prices.

APPLE
The stock as officially split 7-1 and after an initial rise in share price it has somewhat deflated on no new news. New iwatch rumors have started coming out and looks possible of a 2014 launch. No new Iphone news out but still of the same of a two new larger iphone launch of 4.7 inch initially and later 5.5 inch phablet. I personally excited for the new iphone as my old iphone 5 is now a dinosaur lol.

My holdings of APPLE is still massive at 700 shares. It is much more than I want to hold. I may trim down my position once I see another good uptrend. I am hesitant about trimming now as any shred of news could shoot the stock above $100 a share from $91 currently. I may write a few short term covered call options on it soon to hedge my bets. I ultimately would like to reduce my position by at least half by the end of 2014.


My current watchlist is

Portfolio-
All is well and portfolio is chugging along with some small gains. Dividends are rolling in. I used a small portion of my margin to buy Agrium but I will cover it by the end of the month.

Net Worth-
Everything looking good this month so far and I don't project any large expenses. I have to pay some money in Lawyer fees relating to my brewery start up but its a slow process and might not be until next month when i pay them. The brewery itself is still in the funding phase but its very close to being complete. I will soon release more details but right now its pretty confidential until all the contracts are signed.

Side Hustles-
I started selling a few items on ebay I no longer need or want. Hopefully I can squeeze out a couple k this month. We will see!

Plan Grandma Olga -
Earlier this month I made a post Plan Grandma Olga. In which I was in the process of constructing an ETF portfolio for a new retiree. Since that post I have adjusted the asset allocation and funds. I hope to pput the plan in action next week and will make a post on its progress. We have since opened up an online  brokerage account and in the process of having money transferred in. Stay tuned!

Random Notes-
Next issue. Next issue is a magazine subscription service on your apple/android tablet or windows 8 computer. It has over 100 magazines you can have access to and it also has back issues you can download. It cost $10 a month for unlimited access and right now I am trying out their free trial for 30 days. If you enter in the code bonus30 it will give you an extra month of free trial for a total of 60 days. Not too shabby. It has my favorite magazines Moneysense, Canadian Business , Money, Consumer Reports, Popular Science and Popular Mechanics as well as many other offerings.A subscription will allow you to download on 5 different devices so you can easily share a subscription with friends or family. So far a couple days in I kinda dig it and I may actually pay for it once the trial is up. I have the Canadian version and there is also a US version available that will probably be better as us Canadians constantly get hosed!

House Hunt. No new inventory on the market right now I am remotely interested in. If the right place comes up and the timing is right I will make the jump to downsize.

Cutting out HBO. Game of thrones is done and I am officially cutting out my HBO+ movie package off my bill to save $20 a month. There are a few shows I enjoy on HBO like Bill Maher and Vice but I realized I could just torrent what I am missing for free. Should of cut this unneeded cost long ago as I rarely used it to justify the cost. Oh well!
Posted by Asset-Grinder at 4:18 pm

Email ThisBlogThis!Share to TwitterShare to FacebookShare to Pinterest
Labels: Purchases

Good Day and Grind All Day. Welcome to my lil noobie page of dividend growth stocks and other things. I am a kool late 30's guy with a limp that is obsessed with movies , candy and dividends. I am a lil bit of an oddball but I hide it well !!